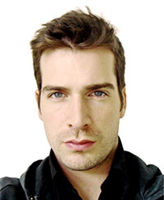 James is the Creative Co-founder of Brightbook. He is also the founder and joint-creative director at Brilliant Path, a brand communications agency based in London.

Prior to founding Brightbook, he co-founded controversial T-shirt label Commercial Underground, in 2001. With mainstream media coverage and celebrity endorsements, Commercial Underground clothing was stocked in over 60 exclusive stores across the UK and Europe and attracted a cult following. Before that, he was a brand communications designer at EHS Brann Group where he developed campaigns for numerous global brands, including the online launch of the BMW Mini brand.

James has a BA (Hons) in Graphics and Media from The London College of Communication, in London. 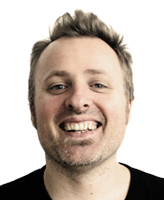 When he first came to the UK from New Zealand in the mid-nineties, he worked for a ground-breaking online music retailer that was the first company outside the US to sell MP3s online. (It was a casualty of the dot.com bust 2 years before the iTunes store opened).